World Resources Institute data shows that Milan comes out top among the Cool Food Pledge members in its progress to date.

Milan, October 16, 2020 – Over the past five years Milan has been making simple switches in its school canteens which have resulted in a reduction of 20% in the climate impact of the food being served. Milan comes out top among the Cool Food Pledge members in its progress to date.

The Cool Food Pledge is an initiative of the World Resources Institute in partnership with Health Care Without Harm, EAT, UN Environment, and the Carbon Neutral Cities Alliance. The Cool Food Pledge supports organisations to track and reduce the climate impact of the food they serve. It is made up of a cohort cities, restaurants, hospitals, corporate dining facilities and universities who collectively serve 940m meals a year. Members include cities such as Milan, as well as companies such as IKEA, Bloomberg, Morgan Stanley, World Bank, Hilton Hotels, Max Burger, health facilities including UC Davis Health and Hackensack Health System and universities such as Harvard University and the University of Maryland.

“Today, on the occasion of World Food Day, we are celebrating a great result – comments the Milan Vicemayor in charge for Food Policy Anna Scavuzzo -, achieved thanks to the great work we have done on the menus with our municipal agency for school canteens, Milano Ristorazione. The Milan Municipality and Cariplo Foundation has developed in 2015 a Food Policy as a legacy of Expo, aimed at improving access to healthy and sustainable food. With the support of World Resources Institute it was possible to certify the 20% reduction in CO2 emissions from school canteen menus in 5 years. An exciting result and a working method that we want to propose to the collective catering of the city to reduce the emissions of the Milan food system “. 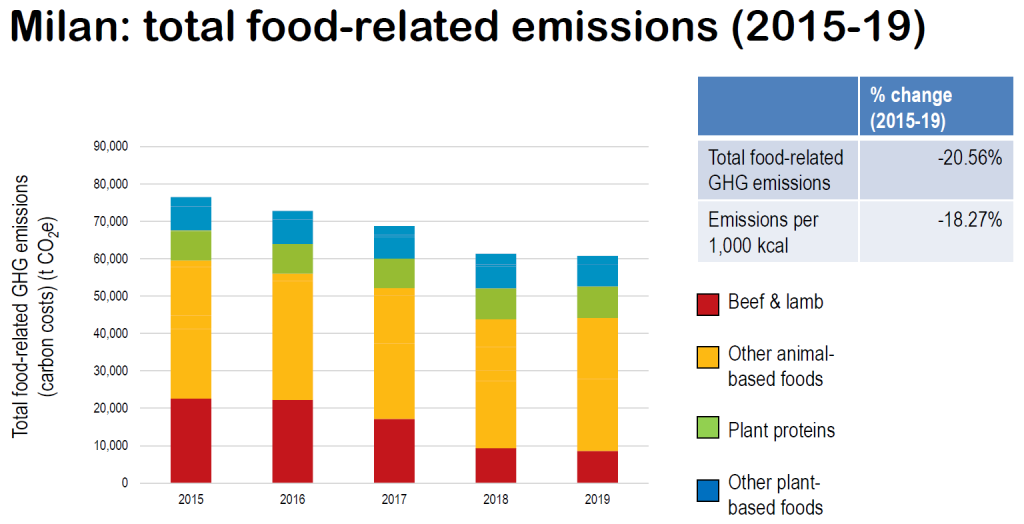 “Milan’s achievement is a great example to others who are keen join the climate friendly food movement! Through simple switches they have made a huge impact on the carbon emissions associated with the food they serve – 20% reduction in 5 years is a great achievement” Daniel Vennard, Director, Better Buying Lab & Cool Food Pledge, World Resources Institute.

“Milano Ristorazione is implementing the Food Policy every day through a virtuous path that has allowed us to guarantee a healthy, good, fair and sustainable meal – says the Chair of Milano Ristorazione Bernardo Notarangelo -, the continuous innovation and research in the menus has allowed to develop tasty recipes with environmentally friendly ingredients. Among the main changes introduced are the carrot pie, the turkey stew and the soy sauce for lasagna and pasta, dishes appreciated by children who every day eat the lunch at school”. 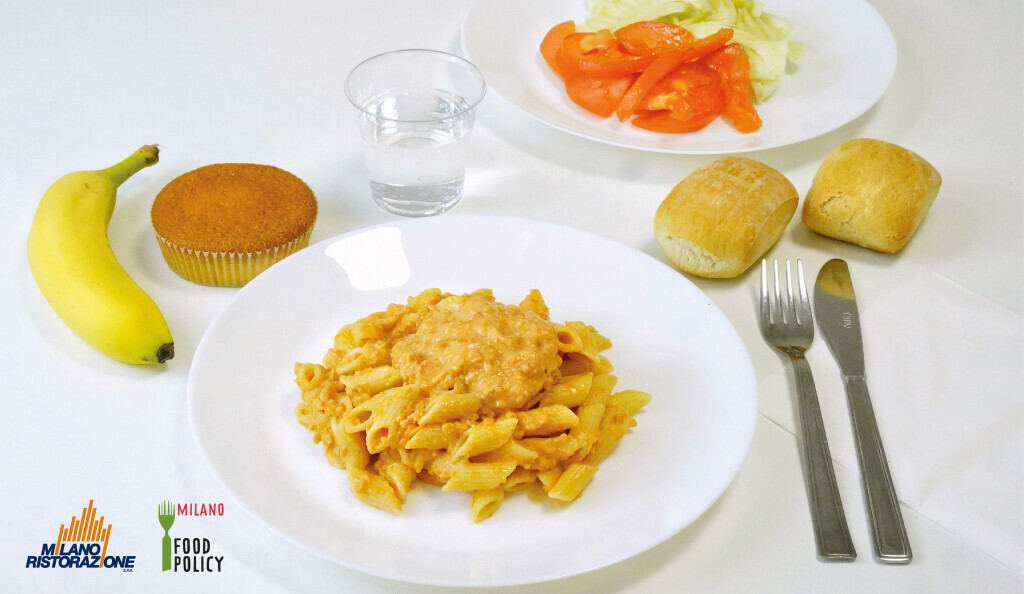 Milan was the first city to join the program, followed by Toronto, Copenhagen and Ghent. The participants are committed to reduce by 25% the GHG emissions of their menus by 2030, based on data from 2015. The outcome of the analysis states that Milan was able to reach only 5.92 kilos of CO2 per 1,000 kcal cooked, against the European average of 10 kilos of CO2 and an international average of about 25 kilos of CO2. 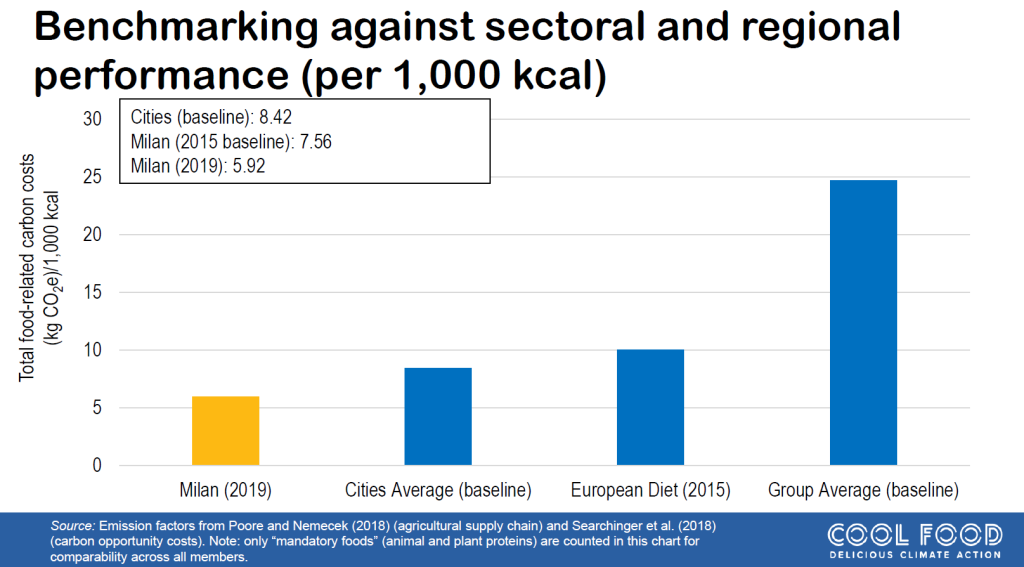 “Since 2015 the city of Milan has made a virtuous path towards innovative food systems that have guaranteed better access to healthy diets – comments the Director of Nutrition department of the World Health Organization Francesco Branca -, this is a very encouraging example of how intervention on the food supply can be an engine of change, we recognize the food policy of the city of Milan as a practice to be promoted, shared and replicated in other contexts both nationally and globally “.

Thanks to the food policy commitment of Milano Ristorazione, which prepares 85,000 meals every day, menus have been developed to be balanced between health and planet sustainability. From 2015 the menus shifted reducing red meat and promoting plant-based food and keeping the meals delicious, all changes in line with the framework of Planetary Healthy Diets. 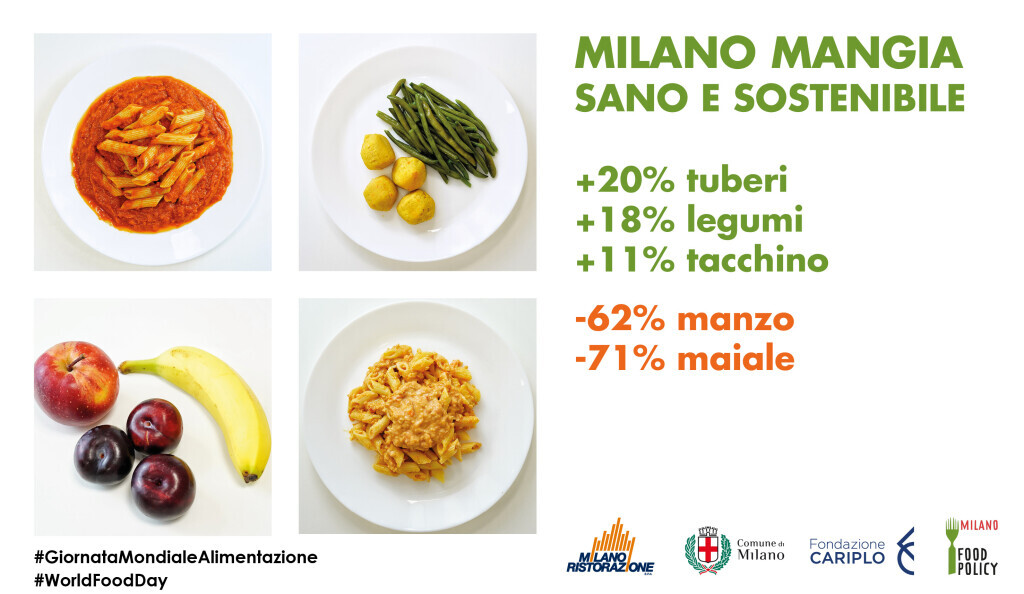